The history of Brown GP may be an example for Mechanical process? 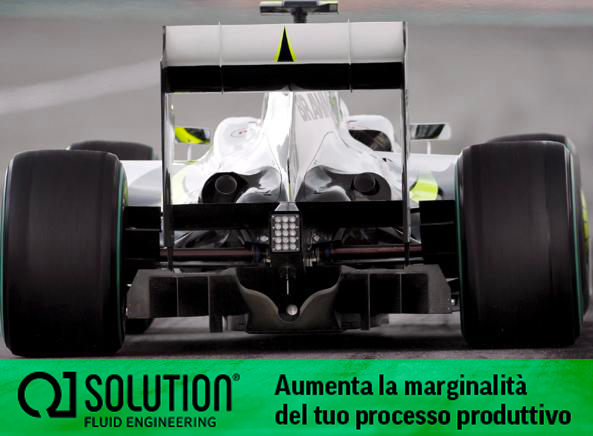 20 Oct The history of Brown GP may be an example for Mechanical process?

Posted at 10:05h in Highlighted, Solution for increase productivity by Matteo Lazzarato

Ross Brawn’s winning example and how to get advantage of it!

Brawn GP was born on 6 March 2009, a team that will be able to conquer the F1 constructors and drivers’ championship in its debut year.

With an investment of just one pound, thanks to the Mercedes-Benz engines and the old Honda sketches, the owner engineer Ross Brawn gave life to the single-seater called GP001 that will immediately become world champion both drivers and constructors, a more unique and rare event in the world. history of F1.

But how did he get this impressive result?

Ross Brawn, an “old fox of the Circus”,  creating a rear diffuser capable of making the car incredibly stable and manageable even at high speeds, an advantage that made it the fastest of all.

In addition to the romantic part of this extraordinary success that is good for Motorsport and ignites the passion of the fans,

the interested aspect of the small team with very limited resources that beats the giants with the best technologies, engineers and capital is deeply linked to the key concept of modern mechanical production and strategies for optimizing production costs.

The lesson we can learn from this wonderful story is that :

you can have the best available tools but it is not always enough to guarantee you victory!

Imagine your workshop as a f1 car where the engine is your new and super-technological machine tool and the driver is your super tool and having to race vs Ross Brawn with his economical but very efficient workshop, are you really sure to win?

BMW, McLaren, Ferrari and Red Bull were also certain … in short, not the latest arrivals

This is because they only looked at their team’s progress from one side, then collided with the harsh reality:

Brawn GP has shown that having the best means is not enough to guarantee victory!

In the F1 championship it is highly competitive but also the metalworking production market has now reached very high levels of competition.

For this reason, relying solely on the availability of productive, financial or personal means is no longer a guarantee of success,

you have to change gear, look deeper:

You need to create the rear diffuser that makes your production incredibly stable and manageable, faster than all other cars!

Instead of focusing only on the machine tool while listening to the sound of the engine or on the superproduct on duty by focusing on its talent, you must also look closely at the efficiency of the entire machine system.

You must be thinking:
Okay, but looking at the efficiency of an entire production system is a long, complex process, with many variables and many pitfalls that risk sending me astray in the sand!

Remember that old fox Ross Brawn didn’t immediately revolutionize all the machine…. He started with only one specific point and it was such a big leap that he immediately played the jackpot jingle!

But what then is the only point that can make me win the championship?

For this answer we meet Taiichi Ōhno the legendary engineer who participated in the realization of the famous TPS (Toyota Production System), he would certainly have told us:

“To increase the yield of production we need to start with Muda,
waste.
Eliminate waste and you will have a lean and efficient production! “

I know well that this path is tiring and for this you can count on an ally by your side,

Q1 Solution was born with this one purpose:
help you find the hidden costs you incur in using an element left on the sly with respect to the needs of modern production:
the coolant!

The classic refrigerant life cycle is like an open electrical circuit, an endless black hole, which wastes resources and slows down your production a lot.

During the use of your refrigerant in the workshop you have a heap of waste with very high costs such as the usual disposal and the mandatory refilling that you are forced to do several times during the year.

You can make your Ross Brawn-style rear diffuser starting from refrigerating an element that usually wastes gasoline and tires by slowing down your splendid production!

our exclusive system to make the first sketch that will help you win the championship!