Turnover and PIL are falling 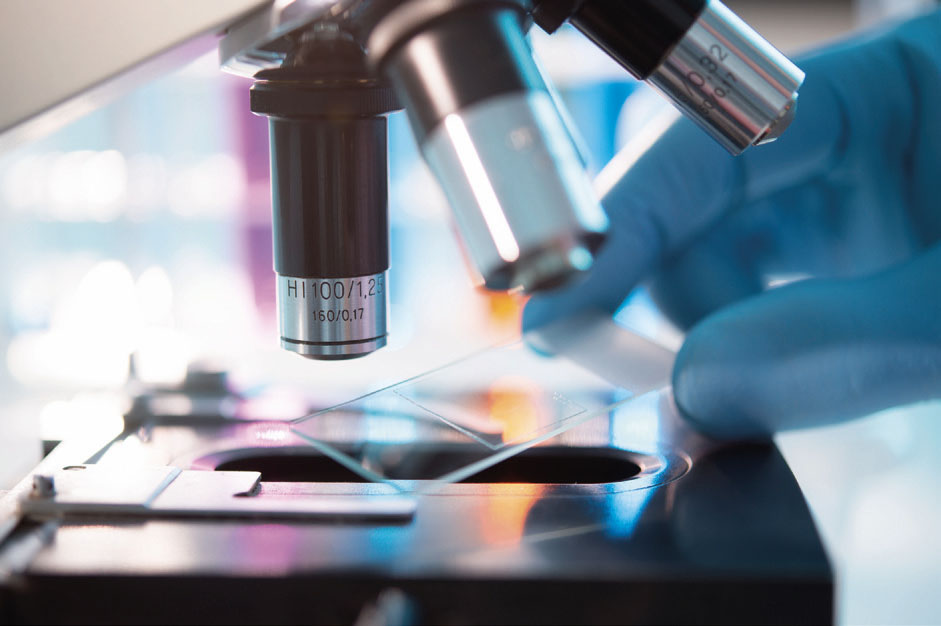 17 Sep Turnover and PIL are falling

Posted at 17:23h in Highlighted, Solution for increase productivity by Matteo Lazzarato

There is little to be happy about
Turnover and PIL decrease but bacteria in the tanks of your machinery increase. And there are also those who add!

The false myth of good and bad no longer enchants anyone.

Yet there are those who continue to tell it, claiming that the “good” bacteria are able to fight the “bad” ones. In fact, in the world of microorganisms this behavior never occurs. There are no good bacteria or bad bacteria that live in cutting fluids: there are only bacteria, which feed and proliferate in the coolant tank of your machine tool every minute of the day. Whether you want it or not.

The real cause of the problems of the operators are precisely the bacteria: those tiny beings invisible to the naked eye that more than willingly feast in the tank of your machine tool. The microorganisms that live in the emulsions include a very large number of bacterial genera. It is a world unexplored to the naked eye, but extremely rich in life. This biofilm complex is commonly branded as a “crostone”, or is indiscriminately downgraded to “organic substance”. Instead, it is a pulsating universe of bacteria that only a detailed microscopy can detect: they are microorganisms that perceive the surrounding environment and interact with it.

It is natural to wonder if bacteria, viruses, fungi and other single-celled life forms have their own awareness, understanding and even an intelligence quotient. These microorganisms, in fact, interact with each other very frequently and have a surprising talent in facing and defusing potential threats to the colony to which they belong. Billions of years of evolution have transformed bacteria into life forms not too different from robots programmed to relate in a very sophisticated way with the surrounding environment. (Study and microbiological research at Harvard University, Life At The Edge of Sight – Scott Chimileski).

The best way to defend yourself from this “invisible” world is not to fight bacteria, but to know how to manage them.

Such as? With adequate and more modern tools, able to guarantee lasting stability. At this point it is clear that it makes no sense to add “good” bacteria to the existing ones, hoping to eliminate them. After a very short time, in fact, we are back to the initial situation: the emulsion inevitably stinks!

It is time to bring clarity and transparency to the subject of cutting fluids for machine tools.

Metalworking fluids are complex chemical formulations, which perform multiple functions in the manufacturing process. To ensure a high level of performance, they must also have excellent chemical and biological stability: their task is to protect machine tools from corrosion and ensure a high level of environmental health and human safety. It is clear that, in order to meet these expectations, the fluid requires an adequate degree of maintenance. The main problem is caused by bacteria; the best solution is to win them with intelligence, applying practical and innovative solutions, which do not change the way you work but which help you improve, in a less expensive and more profitable way.

Science has made great strides and solves this problem with Nanotechnology. You know well that a μm (micron) is very small: here, a nm (nanometer) is 1,000 times smaller than a micron (0.0001 μm).

What does nanotechnology have to do with it? Simple! Instead of the microemulsion there is the best performing nanoemulsion, with innumerable antibacterial properties and consequently much more stable. Clearly, a technology like this has its application method; once assimilated, however, it is possible to obtain results that were unthinkable a short time ago, just as happened with the evolution of coatings on cutting tools. Nanotechnology represents the maximum technological evolution of the moment and has entered the world of chip removal in precision mechanics, preventing bacteria from affecting the processing fluid. 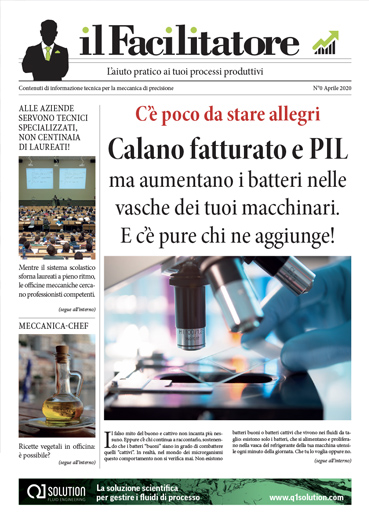